Holy cow! A social media conference in my own backyard: Dallas!

Here’s the deal: To Dallasites, we love our city. We rag on the weather, the sixty-thousand-dollar-millionaires and trophy wives, but deep down we think we’re awesome.

So when something about tech happens in my hometown, I must be involved.

Let it sink in for a moment.

Even better – an old friend and mentor, Anita Foster from the American Red Cross – Dallas was there to speak about turning over the keys to volunteers.

Despite the fact that I felt like I was recovering from tuberculosis and sneaked out a little early (after people starting reaching for hand sanitizer around me), it was a good day.

Apparently, this is what I look like when I speak. 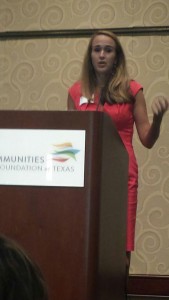 But here’s the full recap:

This site uses Akismet to reduce spam. Learn how your comment data is processed.

Please go to the Instagram Feed settings page to create a feed.